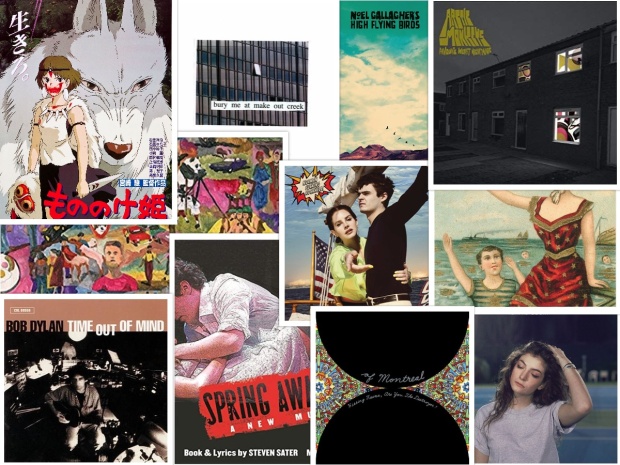 Last year, I put together my first set of annual anthems—songs that had defined 2018 for me, whether it be through a period of obsession or a strong personal connection to a moment or relationship. It was a good way to look back on the year and revisit mental and emotional states from specific points in time, as well as track how my playlists have shifted. None of this is about which songs were better than others. I’m not a critic.

So here’s my 2019 dozen, in rough chronological order of when I listened to them. All honorable mentions are by the same artist unless otherwise mentioned. (Find the Spotify playlist here.)

1. If I Had a Gun- Noel Gallagher’s High Flying Birds

Oasis is a band I have the pleasure of enjoying alongside my dad (a much older and more devoted fan). We got to see Noel Gallagher’s band live when they came to Seoul early this year, and for a solid period of time after that, I really only listened to their songs. This one in particular has to be my favorite.
(Honorable Mentions: The Dying of the Light, The Girl With X-Ray Eyes.)

Another artist I obsessed over for weeks, Mitski somehow articulates thoughts I didn’t know I had. First Love / Late Spring was the song that first got me hooked. I played it on loop a ridiculous number of times. Whatever she’s talking about, I want it, and I don’t—which is the best thing.
(Honorable Mention: Last Words of a Shooting Star) 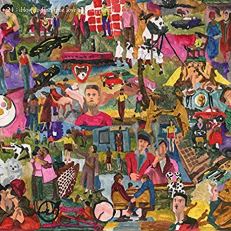 Like last year, only one Korean song made it to the list, and the lyrics to this song aren’t even in Korean. I am attached to LOVE YA! from a memory of sharing it with someone. The chorus is loud, generous, and full of love, while the verses provide a more intimate charm. I’m making a mental pledge to explore more Korean music next year.
(Honorable Mention: 톰보이 TOMBOY)

Choir was a significant part of my life from 8th grade to graduation (read more about why I loved it here), and this was the very last song I performed with my high school chamber ensemble. We sang it for our class’s commencement ceremony, so the song definitely encapsulates my high school memories. The lyrics had me in tears so many times during rehearsal, and they are a perpetual reminder that I will always end up back with the special people I met those years. 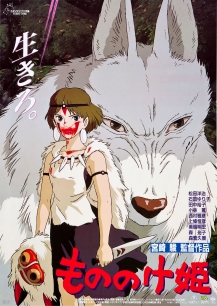 The highlight of my summer was a solo backpacking trip to Japan, and with no one to talk to during my travels, I basically spent the entire time listening to the soundtracks of the Studio Ghibli movies that had inspired my trip. Legend of Ashitaka from Princess Mononoke is my favorite, and I listened to this epic journey of a song in hot springs, on trains, and of course, while hiking the forest that inspired the art in the movie.
(Honorable Mention: Toki Ni Wa from Pocco Rosso)

Every year, I get knee-deep into one or two musicals, and it was Spring Awakening this year. The first half of this number gave me chills when I first heard it. And Lea Michele? It’s like she was never even in Glee. 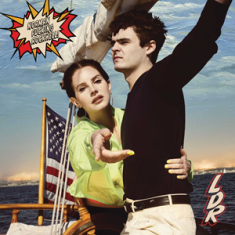 As always, I was a little late to the hottest new album. I only plugged into Lada Del Rey’s Norman Fucking Rockwell when I started school late September, and it felt apt that the song I found myself listening to on repeat was titled California. During the first couple weeks when I spent relatively long stretches of time alone, I would lie in the grass between classes and listen to this.
(Honorable Mention: hope is a dangerous thing for a woman like me)

8. Make You Feel My Love- Bob Dylan (but really Adele) 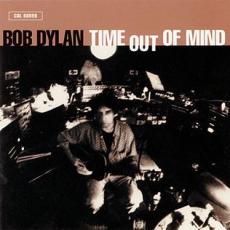 Mid-semester, a close friend on campus called me up one day to tell me he had tickets for a Bob Dylan concert happening that evening. I enjoyed myself even though I didn’t know most of the songs, probably because they played this song and we stood there together in a side hug, thinking about our lives, how people grow close and closer yet, how we were grateful at least for each other.

The first college play I performed in was a trendy, anachronistic interpretation of Marie Antoinette. Catchy pop tunes played in between every scene, and this one is strongest in my memory. (The play revolved around the French Revolution, so we appreciated the title pun.)
(Honorable Mention: Overdose- Alessia Cara)

10. In the Aeroplane Over the Sea- Neutral Milk Hotel

I was in a room with a few people I’d newly befriended at school when someone played this song. I can’t remember who was in the room or whose phone the music was playing from. But the electric, all-absorbing energy of freshman fall, when everyone was eager to know everyone and everything, basking in a new kind of nighttime mundaneness—this song won’t let me forget that. 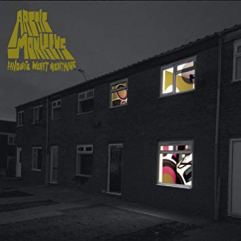 Still one of my favorite bands for some reason. Still a resurgence every year. And this time, this song.

A few weeks ago, I finally got Spotify Premium, and it’s already safe to say this has permanently changed the way I find and listen to music. I had a whole party by myself, discovering new songs left and right, and this one has been a particular treasure. It’s not quite like anything I’ve heard before, and I put this last on the list with hopes that the upcoming year will be full of new sounds.
(Honorable Mention: Shuggie- Foxygen)