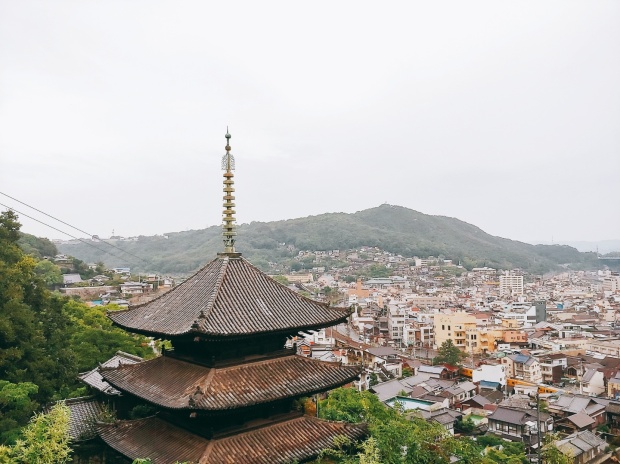 This will be a series of posts covering my recent 7-day solo backpacking trip to Japan. The table of contents is as follows, and this post will cover the introduction and preparation for the trip.

I’ve had the privilege of being able to travel the world with my family since I was little. It’s been a big part of my life for as long as I can remember: Dad would clear his throat at the dinner table and say: “so, we’re thinking about going to ___ this summer.” And so the adventure would begin. It wasn’t until middle school that I realized what an unusual blessing this was, but I’ve always been grateful for how much perspective traveling has given me throughout the years, and a kind of openness and spirit that comes only from the unfamiliar.

On an unrelated note, I also grew up with Ghibli films—animated movies created by Studio Ghibli and directed by Miyazaki Hayao. I have no idea when or where exactly I began watching those iconic works including Spirited Away, Howl’s Moving Castle, or My Neighbor Totoro, since I was way too young to have watched them at their times of release. But they made their way into my childhood vaguely and seamlessly. They were more relatable to me than Disney movies, and as I grew up, I began to appreciate their moral and emotional complexity as well, watching more serious works such as Princess Mononoke or Grave of the Fireflies. There’s still plenty more I haven’t watched, but each one is a gem pulling me into a very specific universe and a set of attached emotions, and they are collectively my happy place of narrative and nostalgia.

These two stories converged in my long summer break before college, when I became enamored with the idea of solo travel. I don’t know exactly what I was looking for: boredom-combatting adventure, a test of my independence, a meditative, soul-searching experience… I started with grand ideas about Nepal or Brazil, but knew I would be biting off way more than I could chew. I needed a relatively easy trip, like a launchpad for future solo adventures. Japan emerged as the perfect destination— I’d been there many times with my family, it was geographically close, and it was one of the safest countries for solo travel. Most of all, there was an opportunity to create a unique itinerary tailored to myself: visiting spots associated with Ghibli films.

A few weeks after I booked my flights, political/economic conflicts with Japan began making the headlines in my country. I brushed it off at first, but this exploded into a trade war involving a nationwide, full-scale boycott of all Japanese goods. (I won’t get into the history and nature of the conflict here.) Major airlines canceled flights to Japan. Posters on public transportation read “NO! Buying, NO! Going” in an aggressive black font. I chose to continue planning for my trip anyway, for reasons I also won’t get into any further. Awkward.

I first sketched a broad itinerary by listing the locations I wanted to visit then ordering them by physical proximity, starting from the northernmost city and moving down:

A big hurdle both time- and money-wise was transportation between each region, as some were quite far apart and train tickets are expensive in Japan. Purchasing the 7-day Japan Rail Pass helped a lot (even while costing upwards of $300) since it allowed me to make unlimited train rides without paying extra. I honestly think it saved me at least $200, as well as allowing me to spontaneously get off anywhere I felt like it and explore before hopping back on.

Next up was accommodation. I contacted hosts on an app called Couchsurfing which allows travelers to stay with a local who opens up their home for free, hopefully encouraging cross-cultural interaction without finances affecting the dynamic of the relationship. (Of course, safety is top priority when using such an app. My personal rule was to only stay with female hosts with lots of references from previous guests.) I used Hostelworld and Airbnb to book the rest of my nights at hostels and guesthouses. I ended up never sleeping in the same place twice the entire trip.

Finally, packing. I was already so used to packing for family trips that I was quite confident I could throw things in a suitcase 20 minutes before having to leave for a trip and still pretty much nail it. But this was different—I was only carrying a backpack, and I wasn’t staying in any hotels with amenities. Reducing volume was key, and this involved tradeoffs between vanity and convenience. In the end, I succeeded in paring things down to the bare necessities, while also making splurges (like, backpack-space-splurges) on a pair of ankle boots and a tripod. 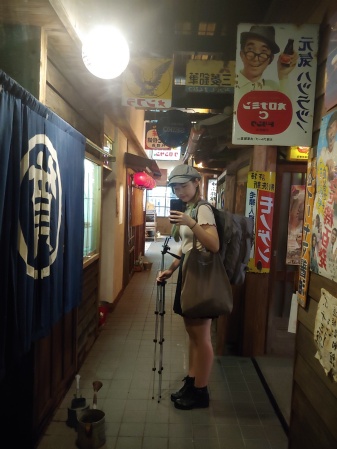 I thought I would also learn basic Japanese phrases before leaving, since I knew I would be visiting rural areas where nobody spoke English. I even bought a little handbook, but I never ended up studying much. I did, however, re-watch all the films associated with my trip, so maybe that counts. All I actually possessed in my brain was a partial knowledge of Hiragana from when I memorized it a few months ago, which actually ended up helping me out a lot more than I thought. You’d be surprised how you can identify a bus stop from recognizing one character.

As for the itinerary, I didn’t give myself a concrete, hyper-specific schedule to follow. Instead, I researched potential things to see in each town/city and gave myself chunks of time to explore them as I saw fit. I didn’t make any restaurant reservations or think about eating at specific places, but I did basic research on the local cuisine and specialties beforehand. This gave me a good balance of preparation and flexibility for my scheduling throughout the trip. This was what I needed—a trip that allowed me the freedom to jump in and out of things. A trip that pushed me to think a little less.

Tune in for future posts about what I did over the 7 days!

One thought on “A Ghibli Pilgrimage, Part I: Preparation”