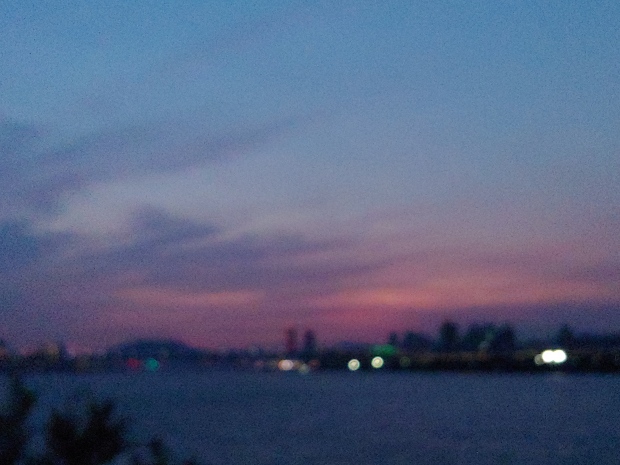 The unease set in just a couple weeks after tucking away my high school graduation cap in my bedroom. The immediacy of deadlines had all but evaporated, save some paperwork I had to fill out for college. Grades were no longer relevant, taking the anxiety with them—and the validation that I was working towards something tangible.

Not a day passed without hearing the question: “what are you doing over the summer?” and it always took me a second to answer. I laughed nervously about taking time off and relaxing. I joked about melting into bed and waking up at noon. But the more I relaxed, the more anxious I felt—and that bewildered me. Hadn’t I worked for this moment for four years? Hadn’t I always awaited this summer with an idyllic mental picture, the golden glow of afternoons spent stretched out in the living room or writing in a cafe, nights partied away at a club in the middle of Seoul or over chicken and beer with my best friends—the ones I’d never had enough time with until now?

It was like I was in the “dark playground”, as Tim Urban dubbed it in his TedTalk—on the high bed of pleasure, one hand clicking “next episode” on Netflix, the other holding junk food, and yet never truly enjoying myself. Except he was referring to situations in which one is procrastinating on a concrete task. I had no tasks to procrastinate on. I just felt bad about it, vaguely and constantly.

I realized I was perpetually teetering between two general philosophies. The first embraces relaxation and self-care, full of positive (and perhaps permissive) self talk: “just enjoy yourself! Life isn’t about work. Sometimes you just need to take a long breather and not worry about getting anything done.” The other philosophy handles my life with a much firmer hand, reprimanding my Netflix tab: “think about how much you would be accomplishing right now if only you were more productive. This laziness will limit your future more than lack of talent ever will.”

They’re the same two voices that squabble in my head when I look in the mirror. There’s the body-positivity spirit, telling me I look great just the way I am and that I shouldn’t stress over trying to change anything. Then there’s the harsh self-improvement coach, pointing out how much weight I gained in which body parts and shaming me for not being fitter. Why be like this when you could work harder and just be better?

Unlike most situations with two conflicting inner voices, this time, there is no telling which is the angel and which is the demon.

At the moment, the voice of productivity feels like the angel’s guiding hand, after taking so much time off. But this drive is sometimes misguided—a byproduct of hustle culture fueled not out of passion but of anxiety. We’re supposed to love what we do and pour our souls into it. We’re supposed to be relentless attacking a plan of action. We’re supposed to spend every summer volunteering abroad, getting a job, or taking a class, and otherwise, we’re just wasting time. So many of us end up being pressured to fill our calendars, not because we want to be busy, but because we’re afraid of not being busy.

I don’t think this applies to the majority of the population. But it’s an attitude I’ve observed in many of the people around me, who tend to cluster with other driven and ambitious individuals. So this is the pit of hustle culture. We love working when we’re busy, and when we’re not, we don’t feel comfortable relaxing. We blur the line between self-love and complacency.

Maybe that’s why I gratefully took the opportunity when a potential internship emerged in my life, even though at the beginning of summer, I had declared to myself I wouldn’t do anything that required a 9-to-5 commitment. Or maybe it was just because I didn’t trust myself to spend all that free time writing and exercising if I didn’t have something to structure my life around. At the end of the day, I know I wouldn’t have signed up for it had I not been genuinely interested in the work, but the pesky thoughts persist, continuously challenging my relationship with work and productivity.

My hope is that I will someday get to a point where the two voices are both angels. Maybe productivity isn’t a linear spectrum between work and rest upon which I am supposed to find some golden point. Maybe it’s more like a coordinate system with two axes, one for productive work and one for productive rest. Actually, because the word “productive” is too strongly reminiscent of hustle culture, I’m going to say “fruitful”. Fruitful work maximizes time put in and drives progress. Fruitful rest is deliberate, relaxing, and enriching—so idle minutes spent on social media don’t really count. But that movie you’ve been wanting to watch for a long time counts, even though it takes much more time than checking Instagram. Getting 8 hours of sleep is fruitful rest. Getting 13 usually isn’t.

And when I picture myself in that first quadrant, I am no longer anxious that I am working too much or too little. I focus less on whether or not I am busy and more on qualitative reflections on the goals I’m working towards.

A couple days ago, I took what I would call a very fruitful rest. I walked an hour or so down the riverbank until I got to a grassy area. I spread out a picnic mat, stopped worrying about the bugs, and read a book, which I occasionally put down to stare at the sky. I was so lucky to be there in that moment. And when it started getting dark, I rolled up my mat to head back home. I was stopped short by a stunning sunset, and I couldn’t help but take a picture, even though I could see the same view every day if I wanted to. Tinkering with my phone camera a little produced a beautiful, out-of-focus blur of colors. The lights glittering in the distance are soft and hazy, and I thought about the thousands of people who were still hard at work in those offices across the river, as the afternoon slid its proud shoulders into the slinking evening and eventually night.